When the 1960s saw the rise of anabolic steroids, the public has been divided between the legality of its use and whether steroid bodybuilding differs much from natural bodybuilding or not.

After all, they both have the same goal; to develop and display fine musculature.

On one hand, steroids do work, and if you are determined to win, you’ll do what you have to do to gain an advantage in the competition (in the words of Arnold Schwarzenegger). On the other, the progress of bodybuilders who use performance-enhancing drugs puts natural bodybuilders at a clear disadvantage.

How to do bodybuilding naturally?

For a natural bodybuilder, one must undergo rigorous training and a strict diet. A bulk up plan must be carefully mapped out at the beginning of the training. The diet should include 1.5g of protein per body weight pound, 1.5-2g of carbs per body weight pound, and increase intake of omega essential fatty acids. The training routine should also include an upper body and lower body exercises. 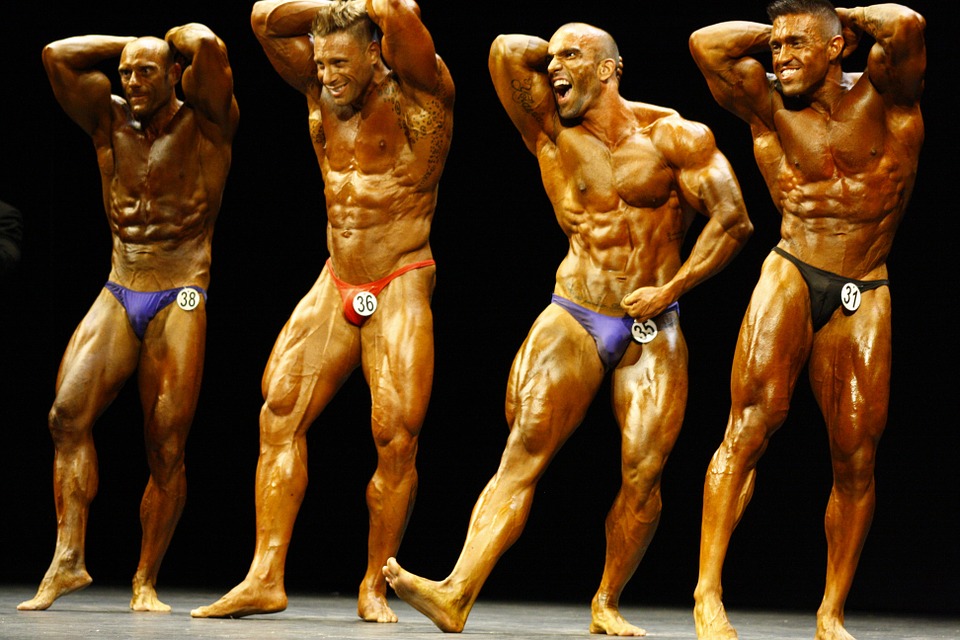 Only a few know that steroids are produced naturally in the body and play an important role in bodily processes as they influence metabolism. The reason why anabolic steroids are deemed dangerous is that regular intake can lead to aggressive behavior, change in appearance, liver damage, high blood pressure, etc. Despite these risks, they are very effective in building muscle, improving appearance, and advancing the growth of bones and skin. When you think about all these advantages, you’ll see that steroids can be a great advantage to bodybuilders.

Since you’ve fully understood how steroids affect bodily function, you can now address the real question: just how different is the drugged bodybuilding to the natural one?

Here’s an in-depth illustration of the dissimilarities of the usage of anabolic steroids and the natural method of building muscles.

There’s a clear difference in size.

It’s easy to tell the gap in muscles between a Ronnie Coleman and a natural bodybuilder. Coleman, who’s vocal about using steroids, looks like he’s carrying five trucks of muscle. A natural bodybuilder’s muscles are more tamed and well-proportioned. If you are to compete two bodybuilders in the same division, one taking steroids and the other using natural method, you’ll see a great difference in weight. What may be recorded as a person under 160-180 lbs can look like 220lbs, when he’s taking medication. Natural bodybuilders more or less look like their weight.

A strict diet to maintain a balance in height and weight is one of the many struggles of a natural bodybuilder. It’s difficult to maintain the fullness of the muscles when he has to diet down. Restricted diet usually causes flat, weak, and depleted muscles. On the other hand, there will remain an obvious fullness in bodies that are supported by the steroid. You will see a great difference especially in the trap area and at the shoulders. Shoulder mass is specifically hard to preserve, however, enhanced lifters have no problem developing 3D traps and delts.

It’s common to see deep 3D cuts in cartoon characters. However, it’s not normally seen on people – that is unless they’re taking steroids. To these bodybuilders, achieving a perfect abdomen with extremely deep cuts is not at all hard. Reaching the same weight as them when you’re a natural bodybuilder is already hard enough so achieving similar cuts might just be too much to ask.

It has been proven that steroids change one’s facial looks, the intensity of which differs from one person to another. However, almost all suffer from pattern baldness. If you mistakenly assumed that a roided bodybuilder is 40 when he’s just 35, then you are justified.

A roided bodybuilder has an unbalanced body ratio.

When training to develop body muscles, it might be expected to have a head smaller than the body. However, to a roided bodybuilder, the difference in proportion is too much, almost like a cartoon.

Pictures show a difference in composure.

It’s common for natural bodybuilders to flex their muscles, sometimes with great effort, to emphasize their bigness. However, a steroid bodybuilder can look calm and composed, and he’d still be twice as big as the other one. He might even look a bit synthetic and Photoshopped.

It’s expected for a natural builder to take the more difficult training program. After all, he has to rely fully on his training and diet. Even so, he’ll have a hard time developing the desired muscles. The process is long and painful. There’s no shortcut in natural bodybuilding. On the other hand, steroid bodybuilders take the shortest cut. In just a few months, one can have a complete transformation.

A roided bodybuilder does not follow strict diet regimen.

In addition to taking a less vigorous training, steroid bodybuilders are not constrained within a strict diet. They can eat all the carbs they want, and the fat-burning drug will still keep them as lean as they want to be. They might have the exact opposite diet plan as they have to eat food with high calories to balance the effects of the medicine.

Either natural bodybuilding or steroid bodybuilding, the choice depends on you. But the point to be considered was taking shortcuts is always not a good verdict, especially in health.